SAM 1066 at Middle Wallop is go for Easter! Guide to Tissue Covering

THREE FULL-SIZE FREE PLANS!
The new issue of April AeroModeller is a Builder’s Special, out now at good Model Shops, newsagents and main WH Smiths. There is a double sided pull out printed plan with a Vic Smeed cabin model Lofty Lassie for 0.75cc engines on one side, and the Profile Weatherman as an introduction to Speed CL on the other.

Additionally there is a centre spread plan for a rubber powered version of the amazing Vauxhall Skycab flying car designed by Ralph Shiloof – another beautifully drawn plan by the indoor scale flyer, Richard Crossley. As usual there are plenty of other items to interest creative aeromodellers whether they fly FF, CL or RC, indoors or out.

There is also a review of the CS CT09 1.5cc diesel, an engine styled on the Oliver Tiger Cub MkII. Here you will find the original review of the Cub by Ron Warring from the August 1961 AeroModeller. Also we’ve included an advert for the ERE diesel discussed in the Heard at the Hangar Doors section. 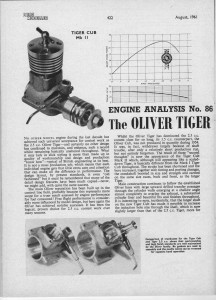 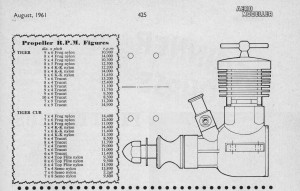